The executives and football players of Olympiacos F.C. opened their arms wide once again to the children of “ELPIDA.”  On the initiative of Mr. Vangelis Marinakis, the entire team visited the Children’s Oncology Unit on Monday, 21 January 2019.

Mr. Marinakis and the Olympiacos team were greeted by the President of the “ELPIDA Association of Friends of Children with cancer,” Mrs. Marianna V. Vardinoyannis, and the Director of “Agia Sofia” and “P&A KYRIAKOU” Children’s Hospitals, Mr. Manolis Papasavvas.

The team’s President, Ioannis Moralis, was also present, along with the honorary President, Savvas Theodoridis, and the team’s coach, Pedro Martins.

“The visit by Olympiacos to our hospital has become a tradition for us at the beginning of each year, and a special moment which old and young impatiently await.  Olympiacos  has become a member of our Association’s extended family, offering even greater hope to children and their families!  I sincerely thank Mr. Vangelis Marinakis, the team’s Management and the players for this invaluable long-term contribution of theirs to our work,” Mrs. Vardinoyannis said, welcoming Mr. Marinakis and the Olympiacos team.

“We are truly very happy to be here today for the ninth year in a row, and we are very proud of the great progress made at the Children’s Oncology Unit.  We feel that ‘ELPIDA’ is part of our team and our family.  Everything begins with Mrs. Vardinoyannis, who, with true passion, fights for the children.  Just like Olympiacos is a champion, so are all the children that fight daily. They are champions in life,” Mr. Marinakis stated.

For yet another year, Mr. Marinakis gave Mrs. Vardinoyannis a cheque in support of the Children’s Oncology Unit.

In recognition of the great contribution of Olympiacos F.C.,as well as that of Vangelis Marinakis, to the work of the Association, Mrs. Vardinoyannis awarded Mr. Marinakis with the Association’s honorary distinction.

Immediately afterwards, the football players visited the Unit’s young patients, were photographed with them, and offered them a football that they had signed and an Olympiacos scarf and hat, giving them moments of joy that they need so much.

Olympiacos F.C. has historically stood beside “ELPIDA,” and last year was named “Champion for Hope.” 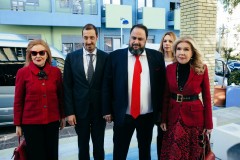 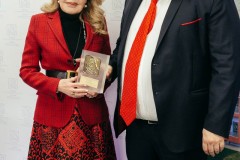 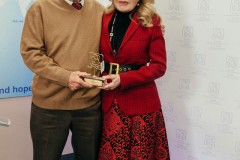 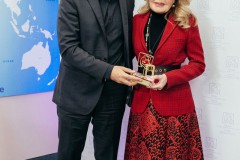 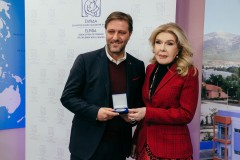 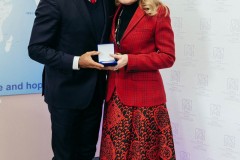 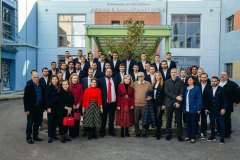 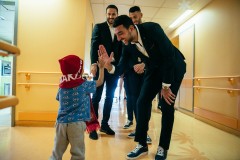 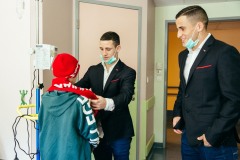 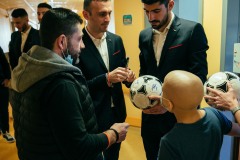